Are These Symptoms of PTSD or Something Else? 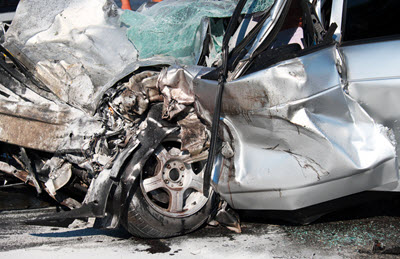 All these examples seem very different from each other. Yet, all of them exhibit symptoms of PTSD. Let’s look at what PTSD is, how it affects people, and how PTSD treatment that includes EMDR therapy can make the difference. 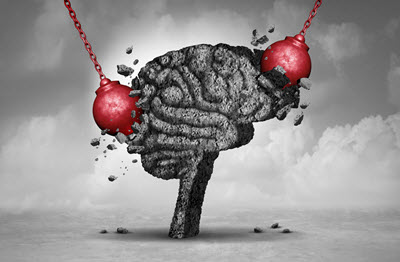 A trauma is an overwhelming, distressing experience that can change a person in profound ways. A trauma can be a near-death experience, a sexual assault, or it can be an experience in which the person witnesses someone else being killed or endangered. A trauma is not just a frightening event. Traumatic events overwhelm the coping mechanisms of a person.

PTSD is an acronym for post-traumatic stress disorder. So, what is post-traumatic stress disorder? Let’s unpack the terms that make up the name. Starting with the last word, PTSD is a disorder because it impacts a person’s ability to keep a job, maintain relationships, or have a sense of well-being. For example, disordered sleep is common among those with PTSD, and this disrupts other aspects of life.

PTSD is a stress disorder because the traumatic event is stressful to an overwhelming degree.

PTSD stress is traumatic because it stems from one or more traumas.

It is called post-traumatic stress disorder because the symptoms often don’t show up until weeks or months after the traumatic event.

Simply, PTSD is a mental health condition characterized by anxiety, depression, or anger stemming from an extremely dangerous event. The symptoms of PTSD include flashbacks, sleep disturbances, exaggerated startle-reflex, and a feeling of being “always on” to scan for danger. The complete list of possible symptoms is lengthy and varied. The symptoms can flare up immediately or after a delay of a month or more. The emotional distress can last for days, weeks, months, or years. PTSD treatment is so urgent because of the agony of these symptoms as well as their impact on the people around the one suffering from PTSD.

What Are the Symptoms of PTSD? 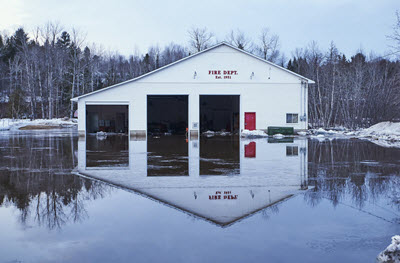 Many professionals answer this question with a list of the symptoms contained in the DSM-5, the main diagnostic guide for mental health professionals. This can be misleading because PTSD often spawns other disorders such as phobias, generalized anxiety, major depressive disorder, social anxiety, etc. I believe that many types of PTSD are not diagnosed correctly because the therapist focuses on one or more of these secondary disorders.

For PTSD sufferers, memories become frozen chunks of ice in a river of fear. The frozen memories cause the river to overflow. The cold, frightening waters of anxiety flood one’s life. PTSD treatment melts the ice and dries up the river of fear.

To grasp the mental and emotional anguish of PTSD, one must understand that there are two basic groups of symptoms that clash with each other repeatedly. The first group of symptoms has to do with re-experiencing the traumatic event: flashbacks, nightmares, panic attacks, etc. These symptoms keep the horrifying experience in the present and make it feel impossible to let it go.

The second set of symptoms involves avoiding any reminders of the traumatic event: staying away from conversations, people, or places that remind one of the trauma. These symptoms of avoidance push in the opposite direction of the re-experiencing symptoms. 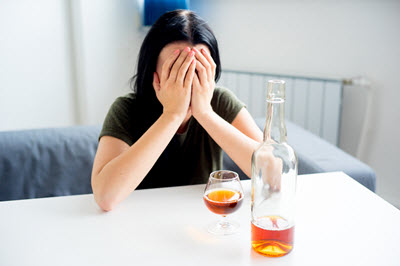 What a dilemma! Think about how this would mess with your head if you had these competing forces raging inside your mind and emotions! On the one hand, your mind is trying to re-experience the event and make sense of it through flashbacks or nightmares. On the other hand, you feel driven to try (unsuccessfully) to avoid re-experiencing the event by avoiding people or numbing yourself with alcohol or other substances.

You want to avoid any thought of it, but so many things seem to trigger your thoughts and force you to feel those unpleasant feelings again. Often, the avoidance strategy takes the form of an addiction and/or massive social withdrawal.

What Kinds of Traumas Cause PTSD?

PTSD was first understood by looking at what happens to veterans who have been in combat. But one of the most frequent causes of PTSD is car crashes. Another trauma that causes PTSD is sexual assault. Violence of any kind can cause PTSD, especially if the violence was intentional. Childhood beatings and neglect can cause PTSD. Vicious, persistent bullying can also cause PTSD. Any extremely dangerous situation can cause post-traumatic stress disorder. PTSD treatment can be effective even if the cause is not completely clear.

Do Traumas Always Cause PTSD?

No, they do not. In fact, many people find that the initial symptoms of trauma subside within a month. It’s often unclear why one person develops PTSD and another does not. 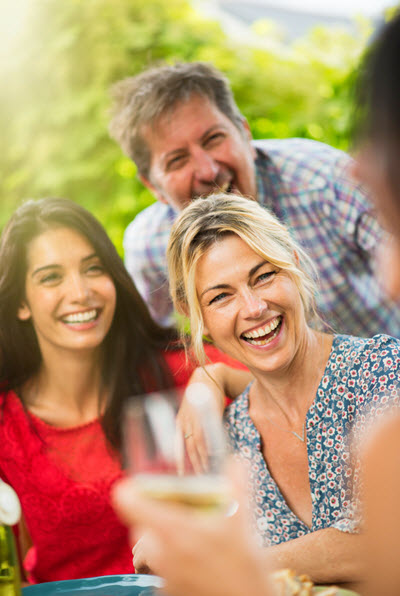 PTSD treatment provides relief from an immense burden that weighs people down. A few of the several benefits are:

PTSD treatment begins with an assessment. The assessment examines the impact of the trauma, the strengths and resilience to build on, and the best strategy to relieve the symptoms. Because PTSD can tie into many other problems, a proper evaluation of PTSD requires multiple specialties.

If you have ever experienced PTSD, you know how difficult it is to quiet the thoughts, memories, and emotions that frequently come back. This happens because the brain is trying very hard to reprocess the memories to get them to calm down. But it’s a clumsy reprocessing that gets stuck with re-experiencing overwhelming emotions. It’s like a cut on your arm that is trying to heal, but can’t because it is infected.

EMDR therapy is type of PTSD treatment that harnesses this urge of the brain to heal itself by getting it unstuck and reprocessing the memories a little at a time. 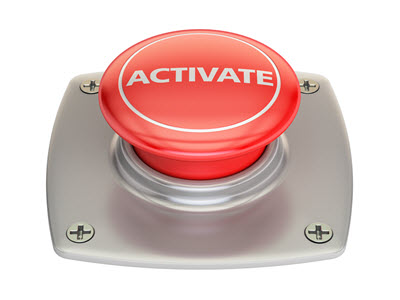 All types of PTSD treatment give relief by deactivating triggers. What are triggers? Triggers are like invisible buttons that can be pressed anytime a person encounters something with similarities to the original event. When pressed, the button activates intense distress. These buttons are often called triggers, because they trigger a sudden explosion of emotion. A man who has been in a serious automobile accident might suddenly have a panic attack while watching a movie that depicts a car speeding and weaving through traffic.

One of the most popular therapy approaches is known as EMDR, which stands for Eye-Movement Desensitization Reprocessing. Increasingly, it is becoming the PTSD treatment choice for many.

What is EMDR therapy? EMDR was developed by psychologist Francine Shapiro. It is popular because it is relatively fast, very structured, and has strong research support.

If you are curious about EMDR therapy as a PTSD treatment, here are some things to keep in mind. First, I have found it to be the most effective when it is combined with other, complementary approaches. Second, EMDR therapy is usually a component to individual therapy and as such requires a relationship of trust between the client and the therapist.

I have completed both Level 1 and Level 2 of the official EMDR training courses.

I have also completed Level 1 and Level 2 for TRM therapy. While EMDR therapy focuses most on the connections between thoughts and emotions, TRM takes a more holistic approach to PTSD treatment. The focus is on the body and how relaxed sensations in the body can be used to cause traumatic memories and emotions to settle down. In my opinion, it is the perfect complement to EMDR therapy. TRM was developed by Elaine Miller-Karas of the Trauma Resource Institute.

This is my own name for the more traditional approach to PTSD treatment. It involves telling the story of what happened during the traumatic event in detail under guidance from the therapist. There are two power engines that drive this therapy. The first is verbal processing. By talking—a little at a time—about the trauma, the frozen memories thaw and become integrated with normal, everyday memories. The second powerful engine is exposure. Exposure involves taking control of the traumatic event by facing it one story at a time. One of the most exciting aspects of PTSD treatment is to see triggers become deactivated.

This type of PTSD treatment can be employed in distance therapy by phone or by Skype, if planned carefully. 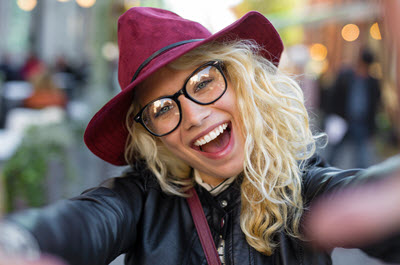 Therapy for PTSD requires time and effort, but the rewards can be astounding. Positive emotions that were once numbed out begin to come back. Triggers become deactivated. Peace of mind replaces anxiety and tension.

If you decide to work with me, you will find that I use my years of experience and my training in the methods described above to make it all doable.

The right kind of therapy for your PTSD puts peace of mind within your reach.

Good PTSD treatment is as much of an art as it is a science. I’ve learned how to help my clients pace themselves through these combined approaches so that they feel confidence going through the process.

Call me for a free consult to see how therapy for PTSD and trauma can improve your quality of life.